Last time, I alluded to how one could, conceivably, think of the US Code as a series of revisions, in the style of a CompSci revision control systems like git.

A few days after posting that, I met up with Tom Lee, the Director of Sunlight Labs (for entirely random reasons unrelated to the subject at hand). He pointed me to the many projects that they have on GitHub in coauthorship with authors from govtrack.us and others.

So, here it is: the US Code as a git repository.

Why is this interesting to a non-geek? Have a look at a given section of a random passage, like 26 USC §106. Each revision shows the change from the previous revision, including deletions, additions, and modifications. Looking at the difference (the diff) between one revision and the previous one clearly shows when dates are pushed forward, when wording is tweaked, and where wholly new chunks of law are introduced and then modified over later revisions.

For fans of patent law (and a perhaps simpler example), here’s the effect of the 2011 patent reform. For example, in 123.txt, we see the invention of a new micro-entity category. In 145.txt, we see that people dissatisfied with a decision of the Patent Office’s internal review board (BPAI) used to be able to take civil action in the US District Court for DC; now they can take it up with the District Court for the Eastern District of Virginia.

For a nice visual aid and an example of this in use by a real live government, here’s a blog post on how the DC government handles changes in its Code.

It is an odd little thing. The blog estimates that under 500 people fall into the range. Of course, this isn’t how tax brackets work, and I’m certain that everybody at the TPC knows this and ignored it for the purposes of poking fun. Everybody making over $400k (a lot more than 500 people) will be paying 35% on their income in this range. But it’s still erratic: if this bracket were merged with the one below it to create a more natural under-$400k bracket, these people would be paying 33% on the income in this range. So having this bracket makes for a 2% of $1,650 increase, which comes out to…let me get out my calculator here…$33. END_OF_DOCUMENT_TOKEN_TO_BE_REPLACED 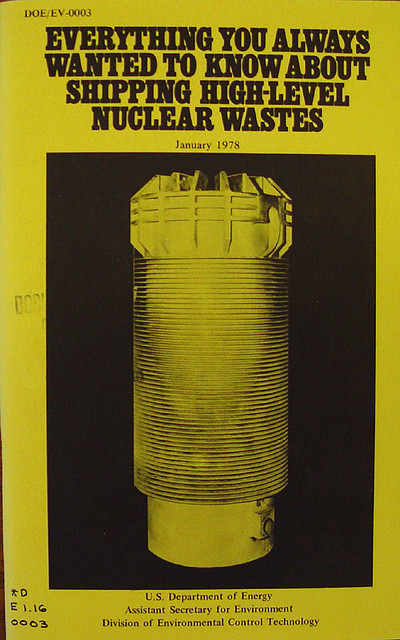 From a collection of obscure government documents assembled by Kathy Karn Carmichael.